The name of this sport is self-explanatory; bring your bike to high altitude and let gravity do the job. I tried this special sport in Bolivia on the infamous road from La Cumbre to Coroico, also known as the most dangerous road in the World. When I asked the locals about it, they told me that a bus or a truck goes over the edge every 14 days. Sure enough the roadside was packed with crosses and memorials reminding me to check my breaks an extra time. 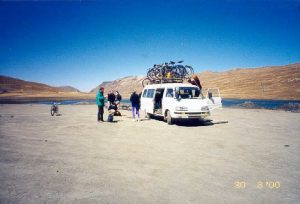 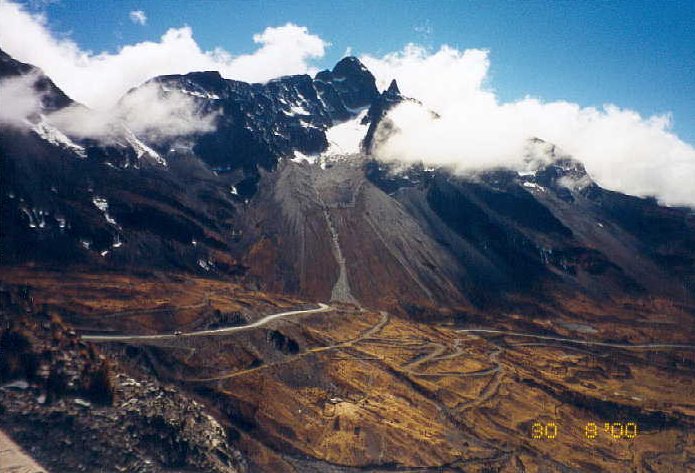 I went with a group of twenty people in jeeps from La Paz, the capital of Bolivia, to La Cumbre, a mountain pass about 4700 meters above sea level. La Cumbre means The Summit in spanish. The bikes were taken to pieces and examined thoroughly. We knew they would be taken to their limites on the decent.Point of departure was quite a scene. Chickens had been thrown over the edge. Apparently a sacrifice to the Gods. The asphalt road ahead of us looked too good to be true. I buckled my helmet and let go. Gravity would take us 3800 vertical meters down to Coroico at 900 meters altitude

It quickly became a wheel on wheel race at a thundering pace. Soon rain began pouring down just as the asphalt road ended and we found ourselves riding on a muddy dirt road. Pebbles and dirt engulfed us and I realised why protective sunglasses were required.

We continued down smeared with dirt. The breaks no longer worked. I had to hold them down the rest of the way to maintain some control over the bike. The strong rain made the dirt road very slippery and created muddy waterways that led to the edge of the road, an endless vertical drop. Again and again we had to change course abruptly to prevent the bike from falling into crevices leading over the edge.

We had to avoid being rammed by trucks on the narrow road. As the rain intensified the trucks had to come to a complete stop. The only way of getting passed them was to carry our bikes across the foot-wide trail between the trucks and the edge. Gazing down the gaping abyss was honestly terrifying.

Just as the rain ceased we arrived at Coroico to end an unforgettable day. 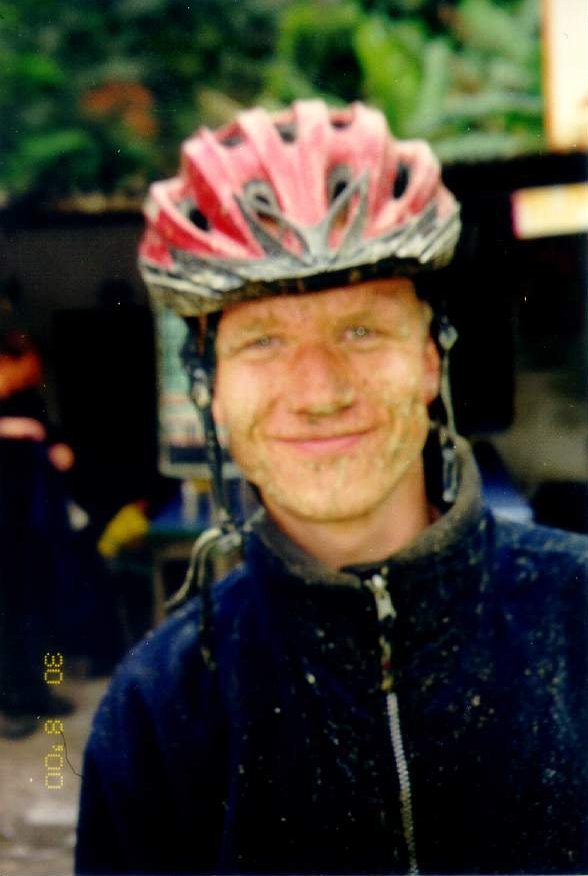